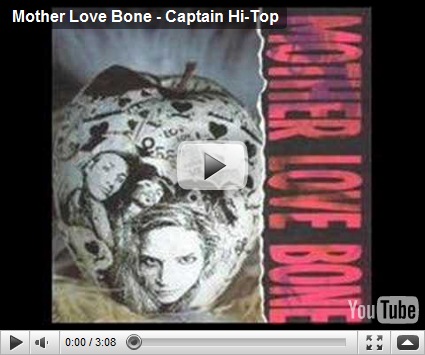 OK, folks – this is going to be easy and quick, because that’s what we needed here. Rapid, healthy, fiber-filled calories for our enjoyment. It’s the end of the holiday weekend and we’re feeling a little bit uninspired. But tapas popped to mind, since it’s one of our favorite things.

For those of you unfamiliar with tapas, it’s the Spanish’s greatest contribution of culinary common sense. Basically, it’s a bunch of small-plate type appetizers. Almost anything can be tapas. But fish and roasted stuff are usually on the menu somewhere.

Since we had a bottle of La Cana 2008 Albariño – we decided to run with it. We just got the makings for a few small plates and decided to call it dinner Tonight’s ingredients:

OK, first off – before you give me any grief for the Kroger mussels…I know that they’re not the high-end stuff. I realize that they're not perfectly authentic. But the things take under 10 minutes to get a bowlful of scrumptiousness and a sauce that’s perfect for dipping bread.

Preheat the oven to 425. Chop up the veggies. Set the pepper aside. Put the rest of the vegetables in a pan. Drizzle with some olive oil and spices (for this, it was ground thyme, rosemary, salt, and pepper) and stir it all up. Put it in the oven. 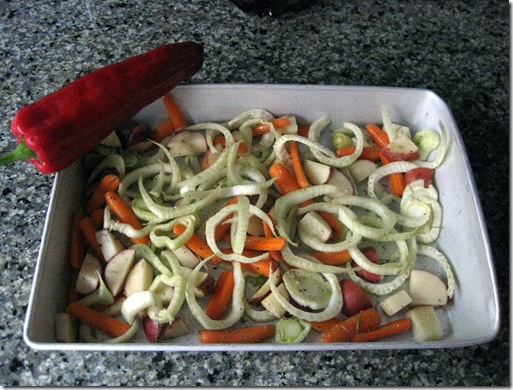 We’re lucky enough to have a convection oven, so we took it out to stir about every 7-8 minutes. Regular ovens can go every 10. After 20-some minutes, add the peppers and a little more olive oil.

The mussels take about 10 minutes to cook. The chorizo link takes about that long to cook on the stovetop. The bread we used took about 5 minutes in the convection. You can time this up as you feel best.

When the veggies are tender and starting to brown, take it out. Plate it up. Chow down. Thank me later... 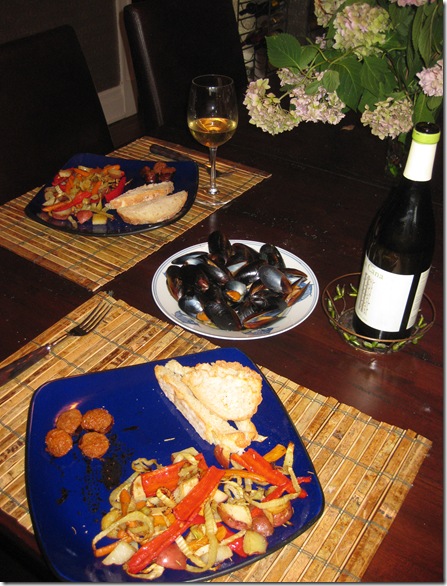